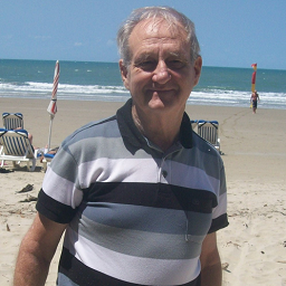 A                            Brief
Background
Life was going well until I collapsed with the sound of a gunshot in the New South Wales bush in October 1958. My mate drove me to Bathurst Hospital and later on in Sydney I was diagnosed with having developed epilepsy. Subsequently much time was spent in hospital, doctors’ surgeries with loads of capsules and pills along the way.
In December of 1965 I was again away on a camping holiday when I collapsed at the wheel of a car. A friend of mine saved the day by swiftly taking over the controls and bringing the car quickly to a stop. I woke up in a country doctor’s practice and then back to further medical treatment.
Further along the track I collapsed again with an epileptic attack at a church deacon’s conference on the Central Coast on New South Wales in April 1972. This way of living continued over a period of nearly twenty years until July 1979. At this stage I had not learnt to live by faith in God’s Word alone. This took me a long period of time to learn. During this time I became a teacher, got married and already had a family of four young boys.
One Sunday in July 1979 as a young school principal I had a wonderful vision of the Lord having healed me of my condition. I then stopped taking my medical treatment and thanked the Lord for His wonderful healing intervention in my life. For then on I continued a normal life as a teacher and school principal and meanwhile the family grew to six sons and two daughters. This situation continued for thirty two years. In the intervening period my wife and I had taken the opportunity to learn about God’s healing process through faith in His Word and how to put it into action day by day under the direction of the Holy Spirit.